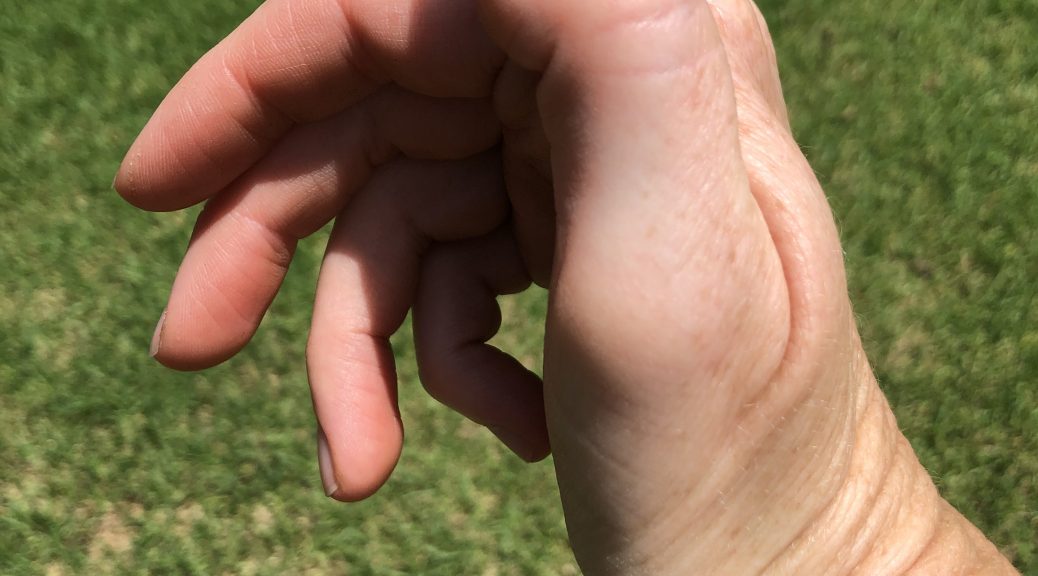 I know it’s a strange thing to start the new year (or a sentence with) but “…by the way, not forward” is a complicated concept to get your head around so I’m starting with it “up-front”.

I believe that my use of the concept has a lot to do with horsemanship when we use our hands so much working with and communicating with our horses, we want our hands to be “slow to close, quick to release” when we are asking anything of our horse (even that in itself is another topic I will talk about another time). To apply this concept over working with children, we want any boundary to be firm and clear and we be slow and firm and clear as we first teach the boundary as the horse/child approaches it to give them every opportunity to change their direction or attention before they get to it. Think of it as a funnel shape, wide at the beginning and narrower at the end and almost shaping your hands to resemble that (with your pinky as the narrowest part; see pic) but it’s a boundary all the same, we need these “boundaries” when it comes proximity, sharing, eating, splashing, noise, daily routines.. actually lets just say everything as parents.

The “quick to release” part is the actual release of pressure or firmness to allow the horse/child to go with their redirection or change in attention away from the boundary that they now know is there. We might need to practice the boundary setting part a few times before it sinks in but overall you’ve made one and steered their behaviour accordingly. The release part needs to also be preferable to the tighter part (or closing in part).  So back to the …by the way not forward concept, is probably more of a “not forward in the direction you’re currently headed because there is a boundary there” elaborated out, and the by the way part is a slowing of creating, teaching, acknowledging of the boundary.

Its funny how much I actually say the words in my head, to remind myself how and when I’m setting a boundary and why, most of the time I’m setting it for safety, but also to be able to hopefully shape my horses and child into “a good citizen in society.”